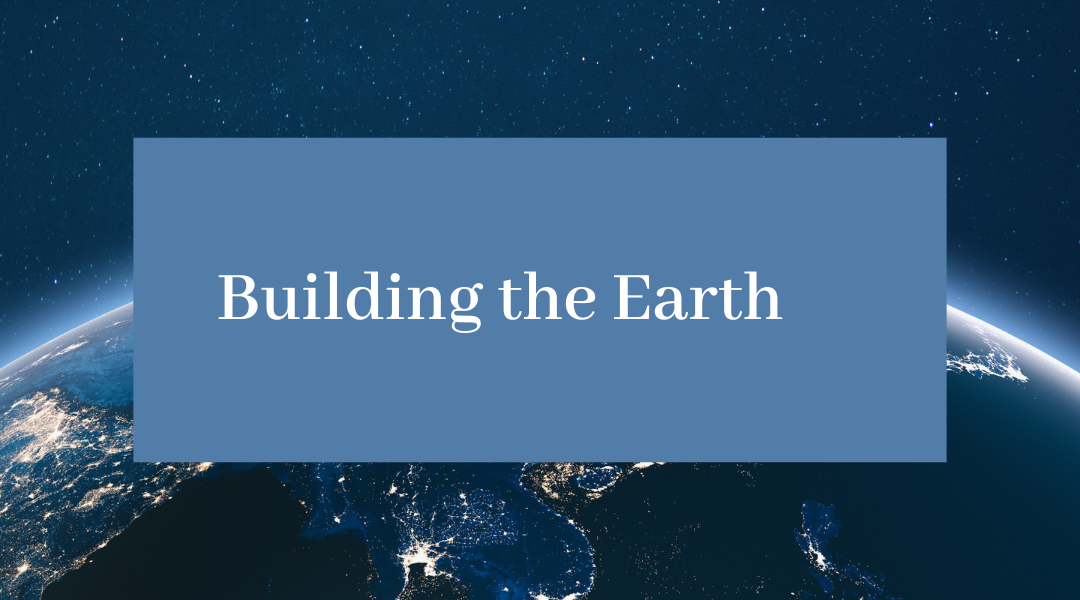 Thoughts on ’ Building the Earth’
Most people would admit to hoping that the world will be a better place because they have been in it.
Some people, perhaps most of us, desire to grow into the people love calls us to be.

So where do we look for ideas on how to build the world, the earth or the cosmos? Of course, we look
to people we have known who have made a difference in our lives – our faith leaders and heroes,
people in our families and communities and people whose books we have read. Their stories have allure
for us and tell of allure in other people’s lives that helped people become who they were called to be.
Our experience tells us that love heals wounds and is also alluring to us as we grow towards building
new things.

One of my heroes is the Jesuit priest, Teilhard de Chardin. He talks about ‘Building the Earth’ in his book
of the same name and in many other of his books. Here are some quotations I have collected over many
years from lecture notes and books about and by Pierre Teilhard de Chardin:

‘We are one, after all,
You and I.
Together we suffer,
Together we exist
And forever will
Recreate each other.
Everything is sacred.’

‘The most telling and profound way of describing the evolution of the universe would undoubtedly be to
trace the evolution of love.’
‘Love is a sacred reserve of energy; it is like the blood of spiritual evolution.’
‘Someday, after mastering the winds, the waves, the tides and gravity, we shall harness for God the
energies of love, and then, for a second time in the history of the world, man will have created fire.’
‘Driven by the forces of love, the fragments of the world seek each other so that the world may come
into being.’
‘We are not human beings having a spiritual experience; we are spiritual beings having a human
experience.’
‘It is our duty as men and women to proceed as though the limits of our abilities do not exist.’

I wrote a little poem about what ‘allurement‘ feels like to me. We feel the pull of being drawn to
someone or something because there may be something we will do together with someone else or with
a group that will help ‘build the earth, ’as Tielhard de Chardin puts it. My poem is ‘This One’ and ‘Este.’
It is on pages 26 and 27 of Poems~Poemas.~