The Fist Poem of My Adult Life I Chose to Keep and Why I Am Glad I Did. 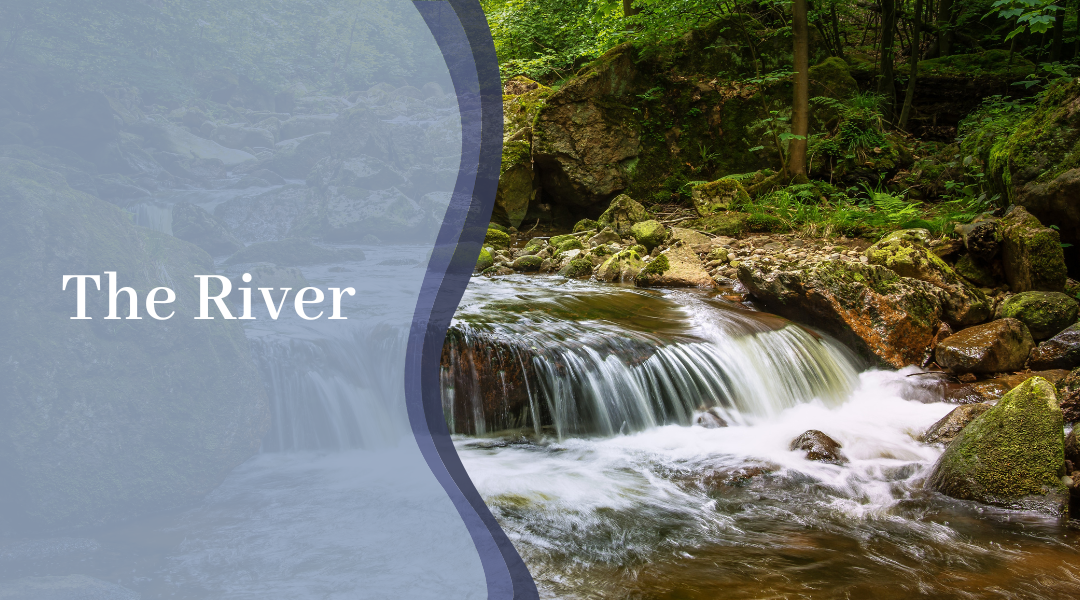 On The River
On land good dialogue is difficult.
Seasons tell us when to rest and when to grow.
The river is the place for easy flow.
Flotsam and jetsam float on by.
The daystar and night stars light our way.
Huck and Jim were friends
on the river.

I offer this poem, which I wrote in 1982, not because I think it is a good poem. I offer it because it came
to me and has stayed with me. I hope some poems come to you and stay with you. I hope you honour
your insights.

I took a course in American Literature when we lived in Northern Ontario. After reading and being
smitten with Mark Twain’s novel, Huckleberry Finn, I had some thoughts and feelings about the novel’s
two main characters, Huck and Jim. They were close friends but their social relationship and power in
the community were not equal. Sometimes I identified with Huck and sometimes with Jim.
Jim, who in the story believed he was still an enslaved person, was naïve and gullible but was also
honest and sweet in his friendship with Huck. Huck treated Jim badly and got away with it because he
was a white boy. He painted Jim blue which humiliated Jim. He tied Jim up and sometimes threatened
to ‘turn Jim in’ because Jim was thought to be a runaway.

But, Jim was blessed with natural intelligence. He knew that a storm was coming because of the way
the birds were behaving. He recognized the two main fraudulent characters in the story, the King and
the Duke, and knew it was best to stay away from them. Jim was stalwart in his friendship with Huck.
He was a good friend. When the two boys were together on the river in the raft, just the two of them,
they were both sweet and respectful of each other, good friends.

The boys’ friendship issues were more or less resolved at the end of the story. Jim had been given his
freedom by Miss Watson and had not known it. Huck did eventually leave. He ‘lit out for the
Territories. ’It was something he had thought about and talked about.

My two ongoing questions about the story are: What and where are ‘the Territories’ in people’s stories?
And, are Huck and Jim forevermore connected because of their love for each other?

I remember that the structure of metaphysical poems is in this order:
remembrance, understanding and will.

Many poems are loosely structured in this way. For me, ‘the Territories’ in Mark Twain’s novel could
represent understanding or, in more modern terms, consciousness. ‘The Territories’ could be Huck’s
understanding that he will need space and movement in the world if he is going to’ grow’ into his true
adult self.

In the case of my little poem, ’Witness’ and ‘Testiga’ on pages 22 and 23 of Poems~Poemas, the ‘will’
part of the structure of the poem would be my vowing to remain open to whatever newness I witness.
The insight is the importance of the freedom to be open to what is new.